Getting paid more with price anchoring 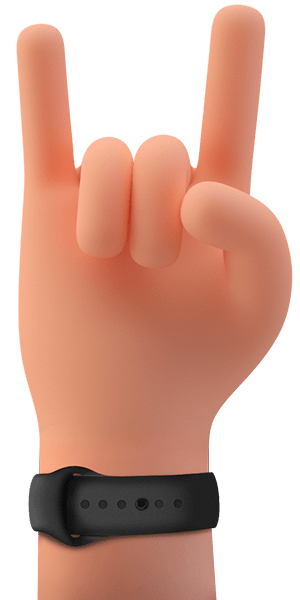 Whether or not you’re using it, or you’ve heard of it, Price Anchoring is something you’ve likely already experienced. At its core, it is a simple yet effective negotiation tool that you can implement into your pricing conversations/strategies to help you make financial deals in your favour. Think of it as a strategic bargaining tool that can help you charge more.

Who doesn't want that?

One of the great things with Price Anchoring is that it slots into standard conversations or pricing structures, so it doesn't come across as aggressive or salesy and can often go unnoticed.

What is Price Anchoring?

Price anchoring is a psychological negotiation technique that uses “financial decoys” by suggesting an exaggerated and often unexpected price for something, so that when you reveal your “actual” price it appears like a desirable offer. This works because, before anyone mentions a price, the price expectations are going to be vague and often unknown. Once one mentions any price, this sets a focus, creating a mental anchor in which we gauge all other prices mentioned after from.

You’ll notice that I haven’t focused on “high” prices and that’s because price anchoring works both ways.

Maybe you’ve sold something in the past, and someone who is interested in buying comes along with a low ball offer. Initially, you’re shocked but after a little back and forth you settle on a price and you’re both happy.

Once you realise this, you’ll remember all the times you’ve done this little dance around pricing. The next thing to do is to put this technique into practice within your business to help you command higher prices and take control of the pricing conversation.

How do you “Anchor” a price in conversation?

To put this into the context of a project enquiry, let's use an example of someone offering logo design services (but this could be a website or any service that relates to you). Let's also define the price that the person would like to charge (or what they believe the project to be valued at) of $10,000 for this service.

In the conversation, once you’ve started discussing price (after questions like the reason for the project, the goals, current and desired states, processes, past projects, market etc), it’s time to introduce the price anchor.

It’s your job to introduce the anchor vs asking for a budget. The last thing we want to define in this example is the price for the anchor. Remember the anchor needs to be extreme (but not so extreme that they will see it as a joke). The anchor in this example will be $18,000 - yes, that's a big jump and that’s where the power hides.

An easy way to introduce the anchor is to reflect on a past similar project, especially if it is one that has already been discussed. You’d say something like: “A recent project we did for XYZ which is similar and had very few restrictions, was costed at $18,000.”

Another good starting point is to normalise the high anchor, by saying:
“Usually a project like this would be around $18,000 with all the bells and whistles.”

Once you have dropped the anchor, try and pause for a second. This can be hard to do but it allows time for this to be processed and shows your confidence in that price.

Then simply ask: “Where does this fit with your expectations?”

If you’ve gauged the prospect correctly, you should expect some push back. They will probably even say that it's outside of their budget.

From here you ask that if you tightened things up and put on some level of restrictions, would a range of $10,000 to $12,000 be something they could work with.

After the original anchor of $18,000, a $10,000 offering seems favourable toward the client. Which increases your chance of landing this project with a higher budget than normal.

Perhaps you think this looks like you are trying to trick or deceive a prospect, but this is not the case. You’re still producing the quality work that you know will fulfil the goals of the project and charge what you had originally defined as the price suitable for the project. What this is doing is taking control of the pricing conversation and framing the client's mind around what the expectations are.

Because if it will shock the prospect when they hear a price and have them want to negotiate, it’s best if that is not your final sale price.

What if it fails?

In the situation where this is not within the prospect's range, then you can ask them for their budget. Ideally, it is within a range where you can negotiate them up to find that happy point and if not, then it’s likely you misread the whole project and the client is not a good fit.

Yes, this technique takes some confidence. but when done properly you will be surprised at how impactful and profitable this simple technique can be.

Want to know more? Read these Price Anchoring Tips to help you with your next project. This is not a stranger and neither am I.

Don't be a stranger.